Who Left the Dog Out? 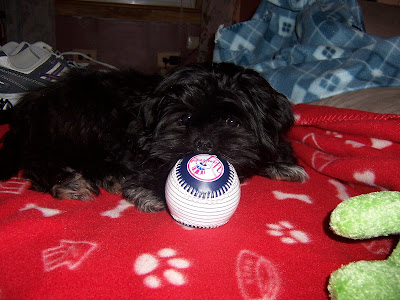 Don't let this sweet, little face fool you. This dog is a little devil. Before the game on Thursday, I met up with a friend of mine who gave me a few copies of ESPN the Magazine. I ended up leaving for the game and putting the magazine on the couch. Now the kicker of the story is that we have a puppy who just loves to chew everything, her favorite of course being money that she finds in my brothers wallet.

Well, my brother who is lacking in the area of common sense, decided he was going to go out and not lock the door of the crate that we put the puppy in (only when we go out, if we don't she chews whatever she can find). To my surprise, as I arrived home from the Syracuse game after midnight, Millie had devoured two of the magazines and it appeared as if there had been a huge party at my house due to the amount of confetti that was scattered on the couch and the living room floor.

Since I was too angry to think of taking a picture of the floor, I did capture a few pictures of the remnants of the magazine I got on Thursday, that I was never able to read, and that I will not be able to read about. Bad, bad puppy. No, bad, bad brother. He knows better. Hopefully there wasn't too much in there about baseball. 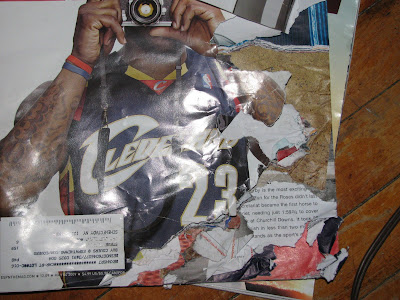 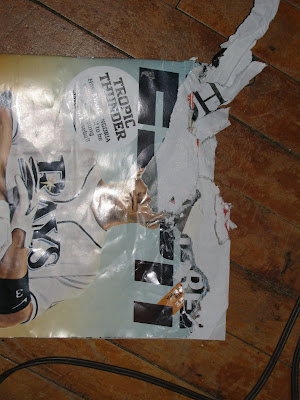 Posted by Al Leiter's Bullpen Catcher at 1:24 AM

Lebron and Longoria got chewed up I see.

My dog does the same thing when papers are out. Especially with mail.

That dog looks so innocent laying there on the bed.

Hahaha, all Paul's fault!!! The doggie knows that ESPN the Magazine stinks!!! That is funny! What a cute, innocent puppy!