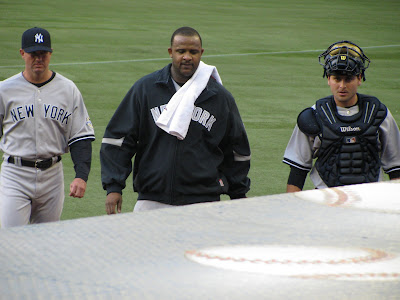 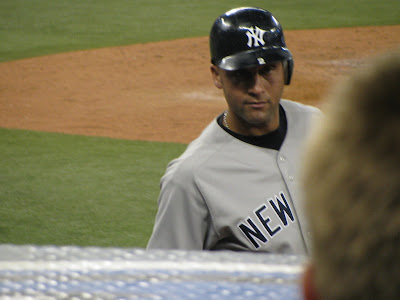 (Derek, totally staring at me.. haha, yea, right)
I have pictures from the game last Thursday. Since that was a week ago, I really can't remember what happened so I am just going to post the pictures. Yankees won and it was a good pitching duel between Tallet and Sabathia.

One thing to add though. I was sitting net to a few guys during this game and they were asking me questions about New York and the new Yankee Stadium In our discussion, Leiter's name came up and to my surprise, the Jays fans were quite upset to hear that named mentioned in their presence. Apparently the fans of Toronto still are not too keen on Mr Leiter from the 7 years he spent in Toronto. Their opinion was that he spent a majority of the time here injured and when the Jays offered him a contract, he ran away to the Mets, despite the patience that the organization had with him as he battled with blisters and other things. Is that true for most Jays fans? I found it interesting as I had thought many of the Toronto fans were fond of both Coney and Alois. 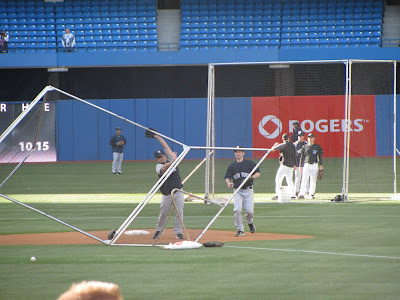 During batting practice, the wind was so intense that the net things kept falling down and almost took out a few players. Also, this was the first game of the year that the dome was opened. 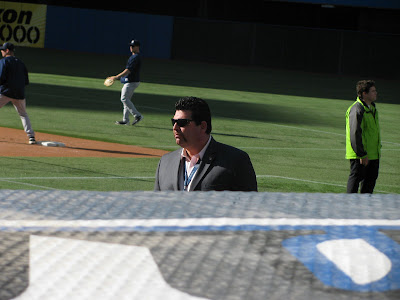 Eddie: The very serious security guard for the Yankees. 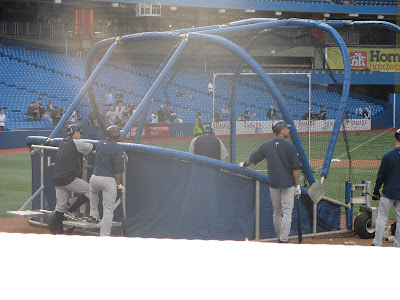 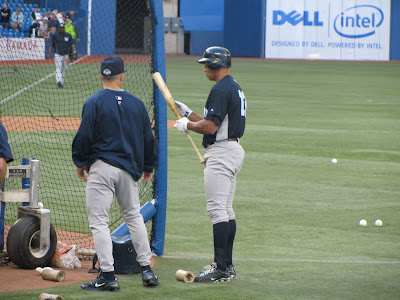 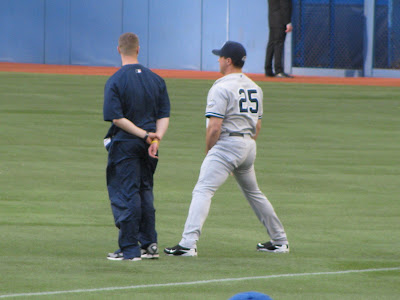 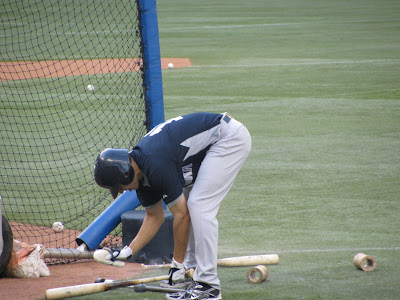 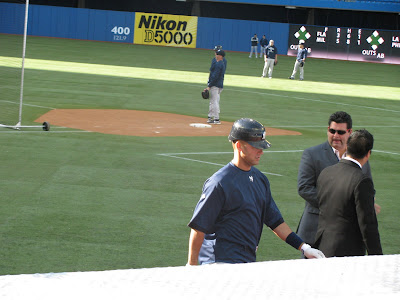 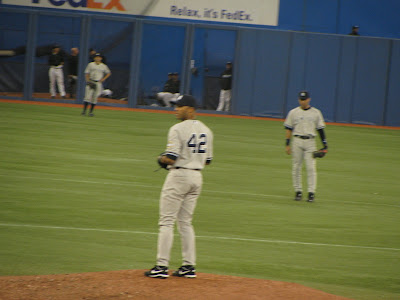 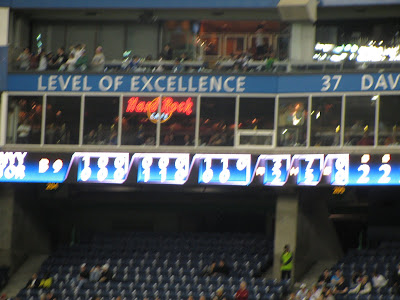 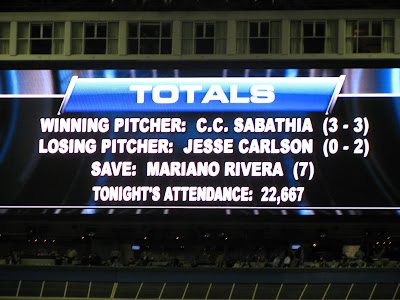 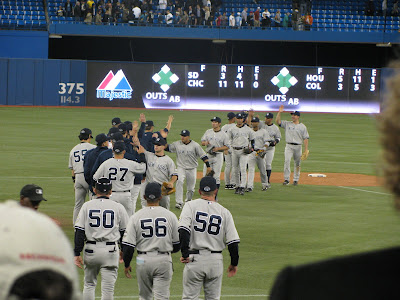 Great pics. Thanks for sharing Christina!

Awesome pics! That was a great game. CC was terrific. Pitched like an ace.

Tallet pitched well ,too and costs 22 mill less than CC! That got lost in the game. Tallet is one decent starter, isn't he? Did well against the Yankees and the RED Sox, people want him back in the pen? No way! Keep him in the rotation, he's been very good/effective and don't fix what's not broken.

With al, Jays fans seem to get pissed because he never pitched to his potential. Though I like him a lot, because he always speaks fondly of Cito and the club. Same thing with Coney, when Kay mentioned how well the Jays are doing ,he gave Cito mad props. So it is cool to watch YES and hear two former Jays speak objectively about the Jays. Unlike NESN and Dennis Eckersley. What a terrible homer he is!!?? He makes John Sterling look objective !

Christina you can watch the Jays and the Yanks on sticktv.net. They had two feeds of the Jays game last night. You can catch Richmond who is pitching this weekend and I didn't need a password either!

Really? Thats great. I tried to get the video to load a efw times and it never works.I will definitely give it a try this weekend. Thanks :)