Wednesday, May 13th Pettitte vs. Richmond 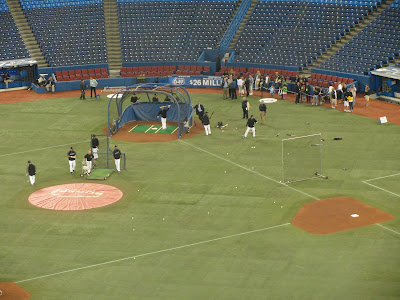 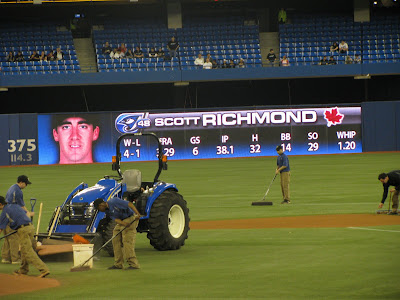 Anyhow, here are some pictures and also some events that happened during the game I was at in Toronto on Wednesday.Batting practice was great. Andrew was screaming at the players and they all seem to know him by name, especially Damon and AJ Burnett. (Below: Reporters were interviewing A.J. before batting practice began . The perks of being able to see the field from my hotel) 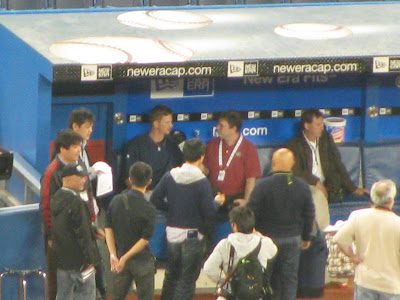 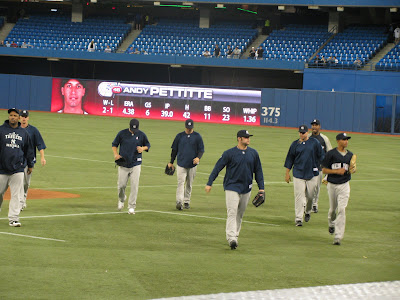 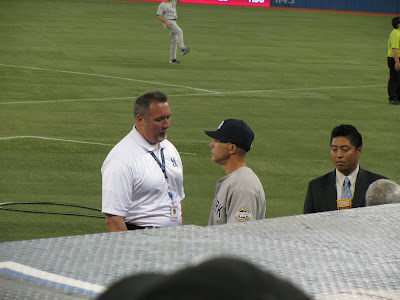 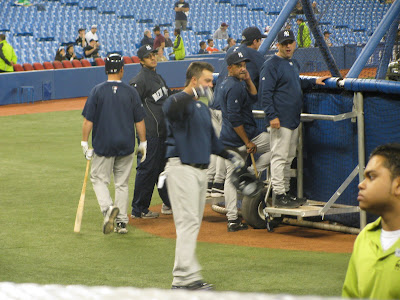 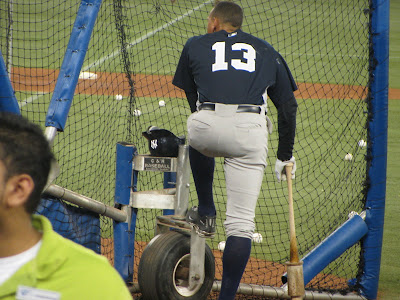 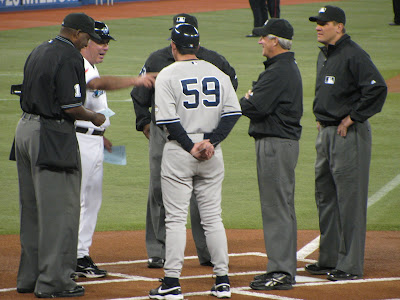 Glad to hear that you had a good time. That was a great game for the Yankees.

Toronto has responded fine from that series loss. They followed it with a 4 game sweep of the White Sox.

Hopefully that game last Wednesday was the start of a great run for the Yankees.

Funny about Pettite, george wanted to trade him in 99 to the reds or the Phillies and he was stooped by Cash Man and other people. One stupid thing the Yanks did was to let him go to the Astros. I remember talking to peop-le in boston and how they jubilated and remarked at the stupidity of that move. Then Cashman came out with this spin regarding Andy wanting to go home...total BS! Pettitte belongs with the Yanks pure and simple!If he goes down and another Yankee pitcher goes down, the Yanks become a lesser team. Lesser meaning a non playoff team. Why? This year the Yanks decided to go the pitching route in terms of their strength...if that falers, this year becomes a replay of last year. I quite frankly don't think much of hughes and some of the other arms that the Yanks have below in the minors. Cashman has been terrible at evaluating pitching and this is a weak point of theirs. Hopefully for them, the current crop stays healthy AND Wang can come on board 100% THEN they will be much more than OK.....