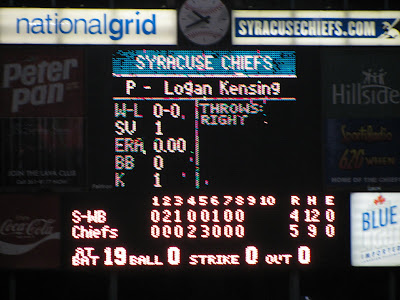 After contemplating this for a few days, I decided to head back to Syracuse to check out the Yankees in their final game in Syracuse against the AAA Nationals. While the crowd was significantly smaller than Monday's games (and so much quieter), it was a fun night and I met some great people at the game.

The first thing I must make mention of is that I was successful tonight in scoring a few autographs for the two little girls I tutor, thanks to Shelley Duncan and Mark Melancon. I couldn't be more impressed with Shelley Duncan as he came over and talked to me for a bit and signed a ball for the girls. He was so great with the little kids at the park and it was cute to see how excited they were during the game to tell everyone that he signed their ball. He seems to be a stand-up guy, as my friend has told me on several occasions. He made the 4 hour trip well worth it and I couldn't thank him enough. I can't wait to see the reaction on the girls' face when I give them the ball (they are 6 and 9 and I am "trying" to get them into baseball). 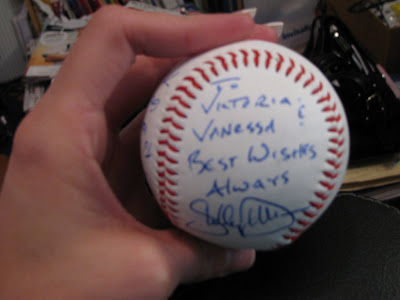 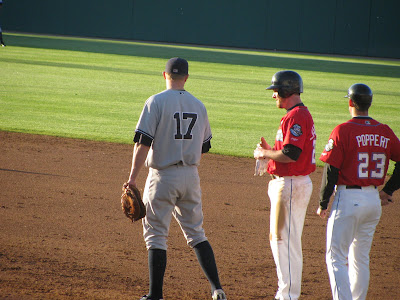 Mark Melancon on the other hand, I feel thinks I am possibly nuts. I am not entirely sure. When I walked up to get him to sign the ball I brought for the kids, I said to him "Hey Mark", to which he replied "Hey, Christina. What's going on." Ok, he remembered my name, that's interesting (hopefully it wasn't one of those "she's a crazy girl" things). When I asked him if he could sign the ball for the kids, he responded with "Yeah, sure, that's what they all say." No, really Mark, this WAS for the kids. Oh well, it was funny nonetheless. I do have to admit, I really do like the kid, he seems pretty nice. 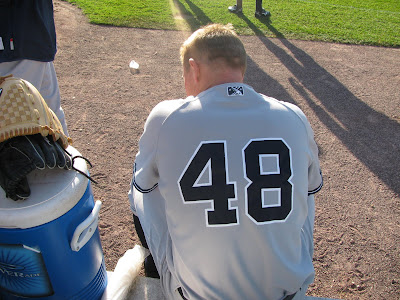 I have some funny stories from the game that I was add to later when I get home from work. I just had to get out what a stand up guy Shelley was despite me saying he was grumpy the other night. Just as we are all individuals, we have our good and bad days. I couldn't have been more happier and I know the two little ones will get a kick out of the baseball autographs that were personalized with their names on it. 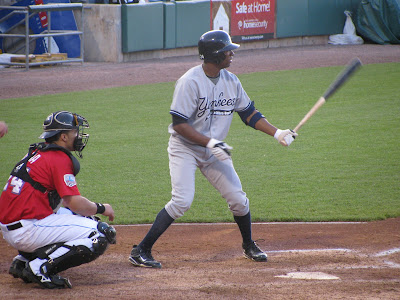 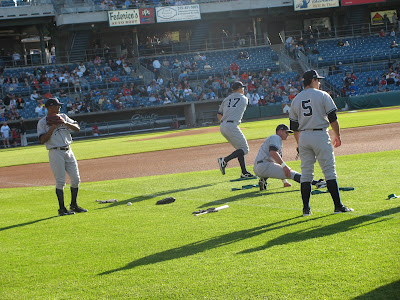 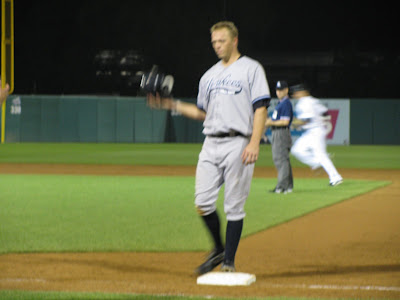 Posted by Al Leiter's Bullpen Catcher at 7:50 AM

Nice to hear that Shelley was much nicer this time. Funny story with Melancon

Glad to hear you had a great time!

Speaking of Shelley when is he gonna be with the big club? Probably with the next slump to add a ton of energy.........

Like everyone, professional athletes have good days and bad days. It's cool Shelley and Mark were nice and signed the balls for the girls you tutor. Hopefully when Mark makes it to the Yanks, he remembers you and gets you tickets.

Bruno, in Newsday today it said if Melky goes on the DL, Shelley might be called up to replace him.

Bruno- he would have possibly been called up if Melky was going on the DL, but it looks like he will be back Monday. I am pulling for Shelley to make the team though, he is tearing up the minor leagues, leading in homeruns and RBI's