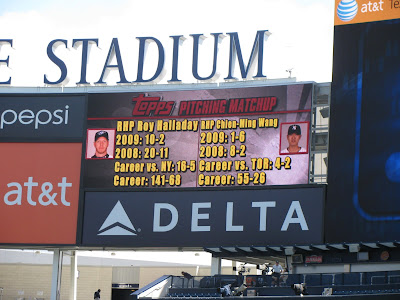 Well, I sure picked a great day to head down to the Stadium. It was a beautiful, sunny day out and the Yankees won in dramatic fashion. It was the first regular season game I was at in which they won on a walk-off hit and it was almost as good as the All-Star game I was at last year. My seats were amazing too as I was in the front row right down the first base line. Gotta love stub-hub that's for sure. I'm not sure I understand the additional 20 dollars they charge, but it all worked out as the seats were great.

What looked to be a decent pitching match-up between Wang and Halladay turned into somewhat of a slug fest. I was surprised to see Roy struggle so much against the Yankees, and I wonder how much of it had to do with him pitching at the new stadium for the first time. It is hard to use the bandbox of Yankee Stadium as an excuse though because if you execute your pitches correctly, the ball isn't going to fly out of the park. From what I could see from my seat, he didn't have much of his curveball and had entirely too many 3-2 counts.

While Halladay struggled and gave up 5 ER's, he still managed to give the team length by going 7 innings. You could tell he was off his game as he only struck out 3 guys (He is averaging 7K's a game so far this season). Hard to put him down though as he is just coming back off the DL and has pitched so well for the team this year.

As for Wang, I was surprised to see him taken out in the 5th inning by the trainer. He has had such a rough year and hopefully he is able to come back healthy and be a part of the rotation at the end of the season. Does anyone have a clue how long this injury could keep him out for?

All in all, a great game. It wasn't the best pitched game (as 12 pitchers combined were used for both teams), but the offense really came through. I have to say that Adam Lind had turned out to be a great offensive guy. I can remember reading about all the potential he had when they first drafted him, and its great to see him really having a breakout year for the team-- especially since they are at a point where they need asmuch offense as they can get with Rios and Wells playing so poorly. 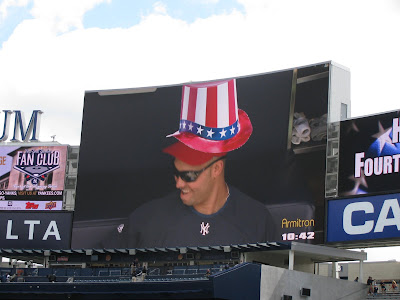 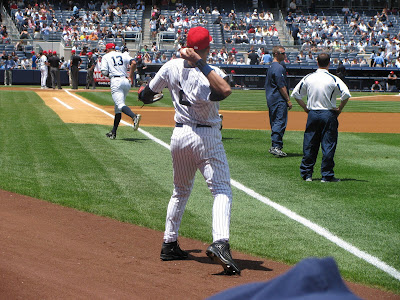 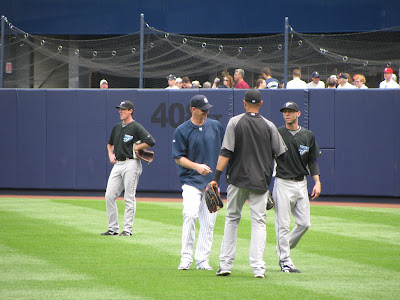 Burnett greeting his old teammates (Rios and Carlson) before the game. 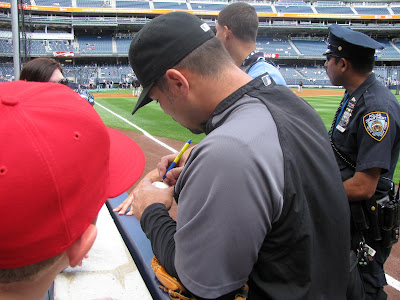 Raul Chavez was such a nice guy. Not only was he so kind to hand me a ball during BP, but this little boy next to me was hit with a foul ball on the arm. I felt terrible for him as he was hysterically crying and his father seemed to have little regard for it. Chavez noticed he was hit and came over to see how the boy was doing. He looked at his arm and then signed the baseball for him. Really nice gesture there by him. 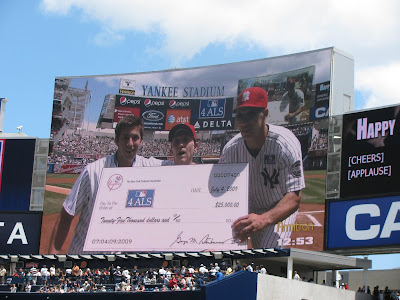 Yankees donated 25,000 to the 4ALS. Great move by Major League Baseball on raising money around the leagues for ALS. 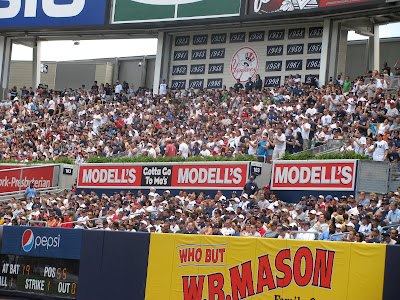 The amazing bleacher creatures during role call. Look how packed it is there. 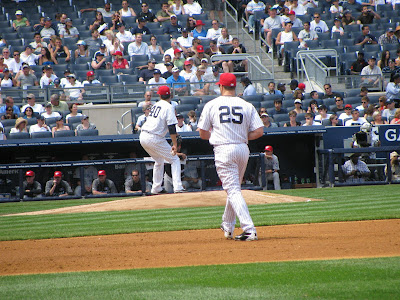 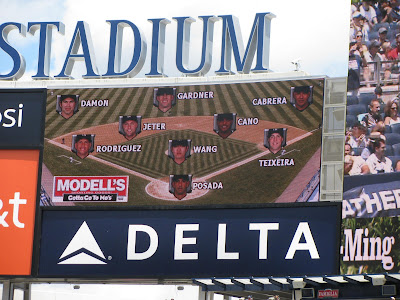 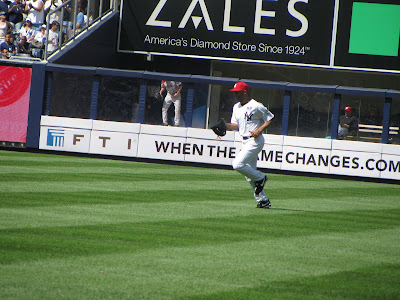 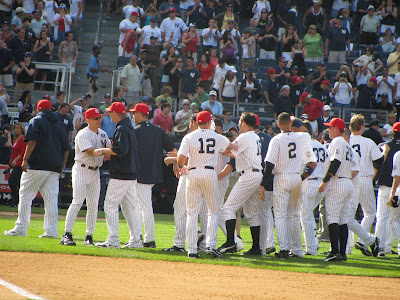 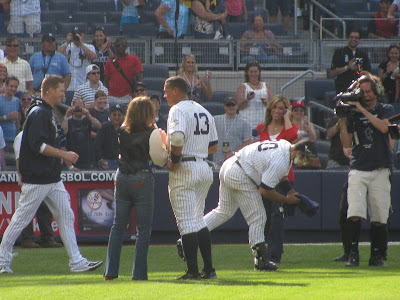 Jorge was pied while being interviewed. Im loving the reaction from Burnett and everyone around him. 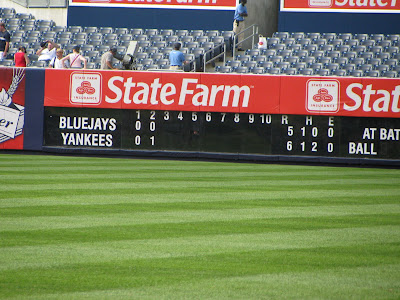 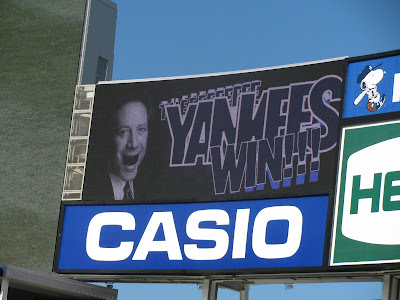 Looks like you had a great time. Perfect weather, good seats, and the Yankees won. Makes for a great 4th of July!

Hard to believe Doc gave up five runs, and three home runs. He'd allowed only seven home runs before Saturday's action. When John McDonald is going yard, you know just how ridiculous that ballpark truly is.

Glad to see the Jays get the hell out of there. Should have at least been a split.

THe bandbox in the Bronx is a bit of a joke. Johnny Mac going yard? A miracle if there ever was one!Anyway, it should have been a split at the least.It was funny how Kay was whining about the missed calls yesterday, does he know how many times the Yanks and Red Sox get calls over the Jays and Os and others? Spare me.......

How much did the ticket cost, if you don't mind me asking. Looks like a great spot, but I'm on a student budget.