So I made another four and a half hour round trip to Syracuse to see the SWB Yankees take on the Syracuse Chiefs. There was a decent crowd on hand, many of which were excited to see Xavier Nady make his way back from an elbow injury. The team was hopeful that he could be back in the majors within the next week, but the injury he received during this game is making the journey back highly unlikely.

As for the game, it was a fun time. Since I can't find too many people as crazy as myself to go to a minor league game so far away, I ended up going by myself. It was fine as I end up meeting people in the stands and sparked conversations with them about baseball which is always fun.

Going to minor leagues games are great as the tickets are pretty cheap and I enjoy watching players that I am familiar with and have been following for quite some time. I wish I was closer to Syracuse because I definitely would be spending a lot more time at AAA games. The Yankees would probably be opposed to that as I am apparently bad luck for the team; they are 0-3 in games that I have attended so far this year. 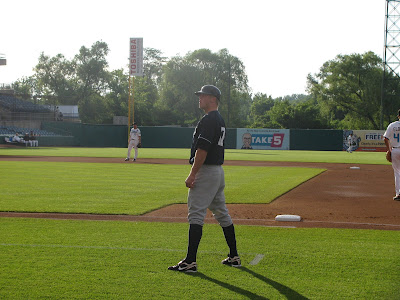 Shelley Duncan was the first base coach. I didn't realize that they didn't have first or third base coaches in AAA, but I guess it makes sense that they have a limited number of guys that are part of their staff. He was having quite a good time clocking X-Man as he ran from home to first. 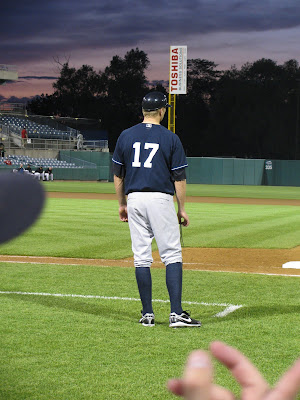 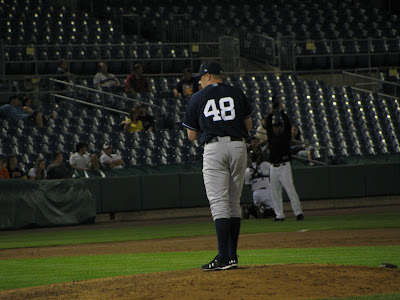 The only person I wanted to see pitch live was Mark Melancon, and I was surprised they put him in the game when they were losing 6-3. I was happy nonetheless and he was able to escape quite a jam as Austin Jackson made a stellar play at the wall in center field. Jackson is going to be great when hes here, lets just hope he can cut back on the number of times he strikes out. 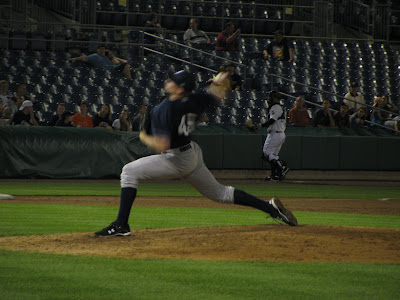 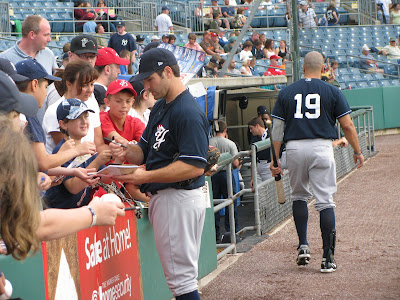 Some shot of Xavier Nady. This could possibly be his last time as a Yankee... 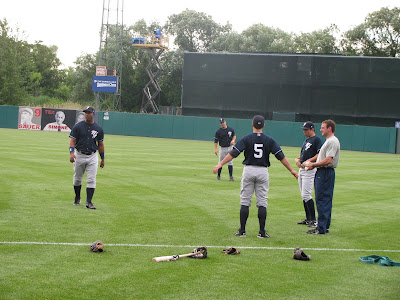 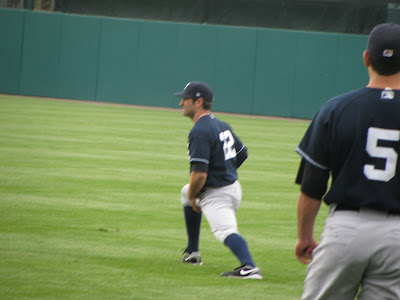 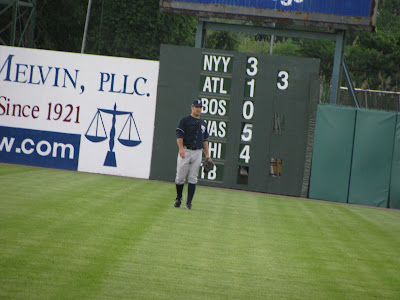 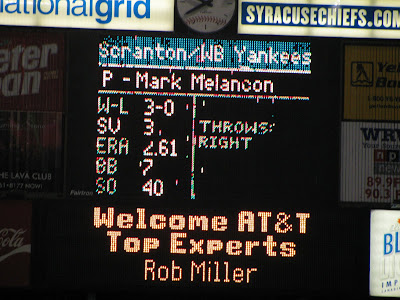 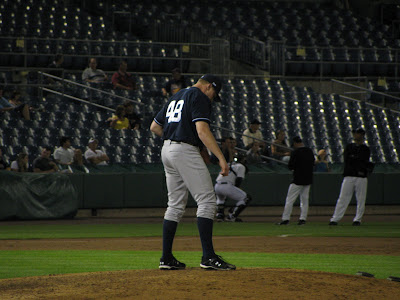 Good pics! What autograph did you get me?

Great pics! Glad you had a good time.