First off, I still am in shock over the Cardinals game. Despite hitting a homerun in this game, Matt Holliday must be hanging his head knowing that he pretty much cost his team the game. While he did misplay the ball, Ryan Franklin should have been able to keep his composure and pitch better. He only needed one more out to end the game. Instead, he allowed 2 runs to score which led to the Dodger's winning the game by a score of 3-2 in the bottom of the 9th.

Being down 0-2 in a best of 5 games is not a good situation, especially when you look at the fact they should be 1-1. Going back to St Louis should be somewhat of an advantage, though the pressure of a do-or-die game is intense.

Aside from that, here are some pictures from the Yankees game on Wednesday, courtesy of my dear friend who was at the game. 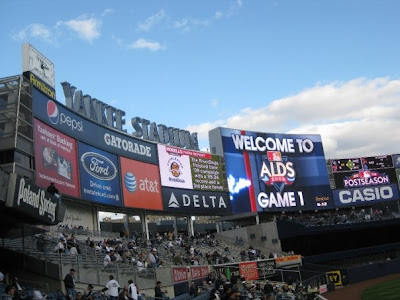 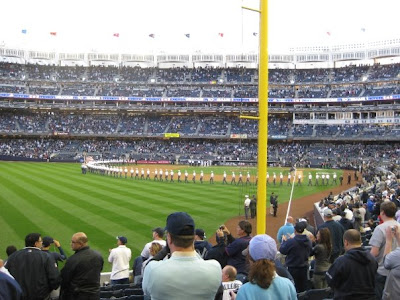 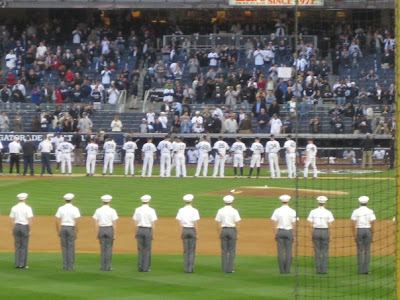 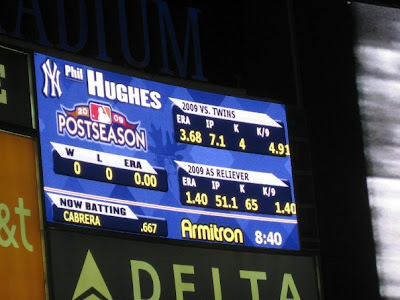 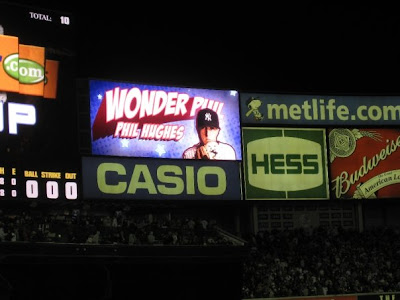 Really tough loss for the Cards today. Wainwright was great, but they still lost. I'd imagine he'll try to go all 9 if needed if they force a game 5, but getting to a game 5 won't be easy.

Good start for the Yankees, but they still have a lot of work to do. I had fun at the game and the Jeter was in my section. CC was great, Swisher was great, Matsui is clutch and A-Rod was good.

Holliday is the Buckner of that game! God ,one last out and he can't make it. Cardinal fans are very nice BUT they won't forget that play if they are booted out this weekend. Dan Plesac on MLB basically said he has to make that play. It's the playoffs, you have to make plays like that especially with 2 out on the bottom of the ninth NOW the Cards will be history barring a miracle........

Torre's looking like a genius, isn't he....well he's not one! Just remember the 04 debacle to show how ungreat he can be. Imagine if he makes it to the big game and the Yankees do and the Dodgers beat them? There will be a suicide watch in the Yankee front office if that happens!

If I could console him I would.

Huge bummer all around.

Bruno, A Dodgers win would be quite interesting!