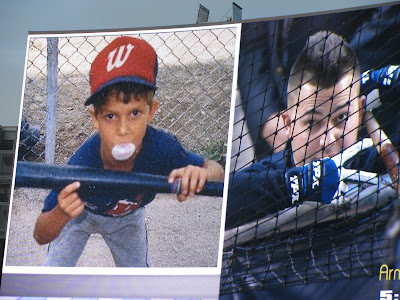 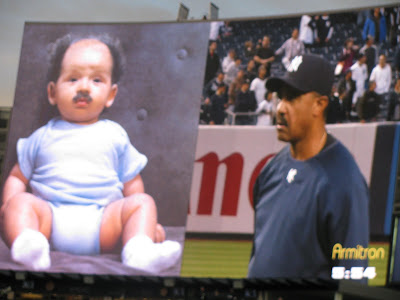 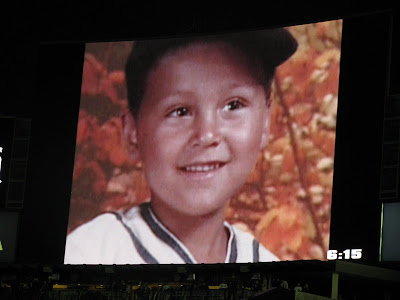 Good post. Great game by Swisher tonight. He backed up his pregame talk. He said he was going to break out of the slump tonight and he delivered.

even still swisher has sucked this post season. He is still a goat until he repeats himself,Kyle.

Is Charlie Manuel an idiot? He is basically handing over the World series to the Yankees by starting Lee on Monday!1 Blanton? He sucks against them, this is ridculous, he should have started JA Happ in the 4th game. I think that at least one of the Yankee pitchers will stink on 3 days rest this time out,BUT not all of them. If the Yanks don't clinch in Philly a nightmare scenario exists BECAUSE the Yanks have no 4th starter . Please don't count Gaudin. Game 6 is started by whom? Pettite on short rest? Then if that flops a Game 7 with CC on full? CC is bound to blow up once.

In the end, Manuel gave the Yankees this series by not pullings Hamels sooner AND by not having their best pitcher Happ start a game. Stupid ,stupid, stupid.......and thos F%&ks in Philly thought that they were smart not getting hallday. If they got Doc he'd be in games 1,4 and 7 giving them 3 chances to win, instead they get two from Lee. when the Phillies lose they can play the second gussing game all season BECAUSE Doc could go on 3 days of rest BUT Lee, he's never done it before!?!?!?

FRiends, I don't see how the Phils can win this thing at all. This World Series belongs to the Yankees barring any miracle.

Charlie Manuel, I bestow the JP Ricciardi award of helping out the enemy. Like how JP helped the Red Sox all these years, Manuel is basically conceding the world Series to the Yanks with these stupid moves.

One more thing, Hamels is a joke. Last year he was great BUT this year, he's worse than AJ BUrnett! As much as I desppise AJ at least he's giving his best which sometimes sucks and other times is awesome BUT Cole Hamels. a joke plain and simple. If it gets to a ganme 7, JA Happ must pitch for the Phils if they want to win(which I believe is unlikely).

Good pics. Was a great game. Glad MLB delayed it so there wouldn't be any further delays in the game. About time Swisher came through. Pettitte is reliable as ever. Now let's see what CC can do on short rest.

wooo-1 win away from championship #27!

Hey Bruno, good to see you back here.

First off, its aint over un til its over. Always remember that. Despite AJ's success thus far, there is still that bad AJ that we all have come to remember from the days of Toronto. If Lee is on his game, then you have an interesting game.

I am less interested in this Yankees team from the prior years of my obsession mostly because of my encounter with so many spoiled fans. I shouldnt let them ruin it for me but it has been. It makes me want to vomit when I hear people say this team is full of destiny? DESTINY? A team of destiny would be a team that actually doesnt buy the best and have a payroll of 200 million. This team was put together very well by Brian Cashman and has been successful because most were able to stay healthy. I mean come on, they picked up the TOP 3 players this offseason. Hell, they should win the world series this year. Look at the starting rotiation they have along with that stellar infield.

Thing is, you cant say salary guarentees a world series win. But it certainly helps. I read people make excuses for the Yankees, but as a fan that doesnt give you a right to be oblivious or ignorant. I read people say salary has no correlation at all. Really? So it is just a coincidence that all 4 of the teams in the LCS have had payrolls of over 100 million dollars?

Cashman did do a good job this year, but much of that is do with the large budget he works with. He can make mistakes that other GMs can't. Granted, there are many owners richer than the Steinbrenners, but a GM can only work with the budget his owner sets... otherwise Theo would have got his way and had Mark Teixiera.

Some of the fans do get annoying. I hear Yankee fans all the time complaining about Met, Phillie, Red Sox, and even Blue Jay fans, but like I go to 10 to 20+ Yankee games a year. I've seen more than a few Yankee fans that just give everyone else a bad name.

I think AJ Burnett is the WS MVP if he wins tonight. I personally never wanted the guy though.

I think he's the pitching equivalent of JD Drew. A guy with superstar talent, but never lived up to it. Injury prone but stayed healthy on a walk year. Opts out of a contract for an even bigger contract on a big market team. Then, he has an inconsistent 1st season, but comes through big in the playoffs. Pretty similar path for the two. Odds are AJ won't live up to the contract for 5 years, but he might help them get a ring this season.

I think Manuel mismanaged this series. Not starting Lee game 4 could haunt him. That said, the longer this series goes the more the Phillies benefit. Yankees are playing dangerously with all their starters on 3 days rest. So far it's working out and odds are the Phillies will find a way to lose tonight.

A team of destiny would be a team that actually doesnt buy the best and have a payroll of 200 million. This team was put together very well by Brian Cashman and has been successful because most were able to stay healthy. I mean come on, they picked up the TOP 3 players this offseason. Hell, they should win the world series this year. Look at the starting rotiation they have along with that stellar infield.

Christina, are you batting for the other team now.....you know which one I'm talking about... the Blue Jays! Look Cashman bought the top three free agents and that gives them a sort of edge to begin with. and the sense of netitlement that has come with the post 99 Yankees. I remember back in 77,78 the Mets still had bigger attendance and more fans where I lived(and still live), Long island. I agree with your money point, it helps trust me . The Jays fans would die if they even had someone like Damon on their team or even a Teix.


@ Kyle, interesting analogy with Drew and Aj. Where I differ with you is that AJ arguably is far more talented than Drew is. I don't think he's as weak a player as Drew(who I find gutless), BUT his mental makeup is strange. He has all the talent in the world BUT something is off with him. I got to see him for 3 years with Toronto and was sick and tired of his antics. He finally listened to Doc when he was in his last year, what took him so long?

I know you are a Blue Jays fan but congratulate the NY Yankees on their 27th world championship!!!