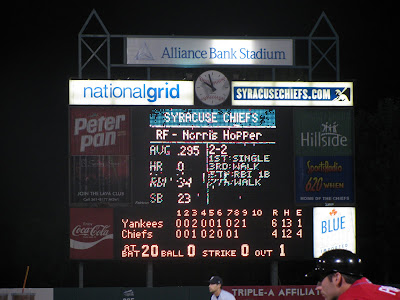 So I am pretty much insane and made the 2 hour roadtrip on Monday to Syracuse, NY to see the SWB Yankees play again. Getting home at 12:30AM from Scranton, then working 7-3 to head to another game is something I wouldn't recommend doing. Makes for a very long drive home the following day. But since this was the Yankees last time in Syracuse, I couldn't help myself in seeing my final minor league game of the year. Was a fun time all around and despite going to the game by myself, I ran into a handful of people to talk baseball with, many of which had ties to the Capital Region.

My new dilemma is that I just found out my Saturday class was cancelled, being it is Labor Day weekend. After hearing how nice the stadium is in Rochester, I really want to make the trip out there to see the Yankees play (they are there Friday and Saturday). I wish I could think of a cheap way to head out that way. I think it is about 3-4 hours from my house, and I am not sure if I can afford another trip or manage that drive coming home from a 7pm start. Any suggestions?

As for the game, it was close up until the very end. The Yankees were able to take the lead in the 8th inning and ended up winning the game by a score of 6-4. Here are some of the highlights of the game:Other notes: Shelley Duncan was named MVP of the International League and Austin Jackson the Rookie of the Year. Having seen them both play over a half-dozen times this year (and looking a the stats), they were both deserving of this honor. Congrats to them.

Some pictures from the game: 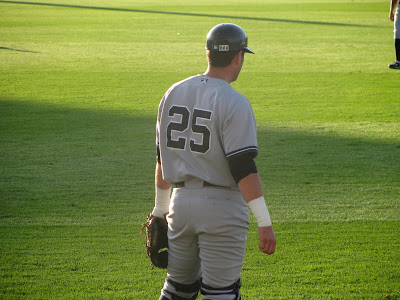 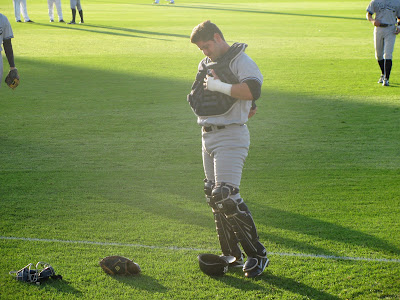 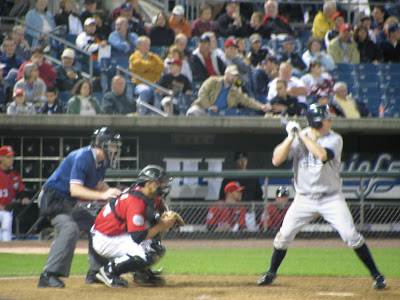 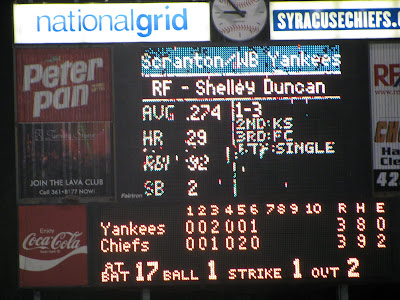 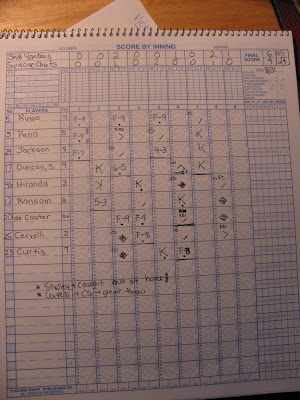 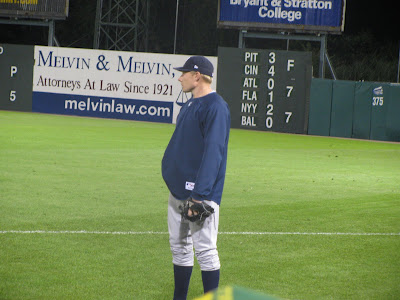 Posted by Al Leiter's Bullpen Catcher at 10:58 AM

thanks, eye. Did you ever get a chance to go to Syracuse when the Jays were here?

Why do you give up scoring after the 7th inning? I love keeping score. It keeps me involved in the game.

I think you should move to Scranton and become a season ticket holder.

Awesome pics. Glad you had a good time. The legend known as Cy Igawa was not good that game, but he's just getting rid of his bad games and saving the good ones for the playoffs.

I did! It takes a while to get these things up! Just loading the pictures and putting them up is at least an hour affair!

I never made it out to Syracuse. I definitely regret it now.

I think I might check out a game in Buffalo next season.