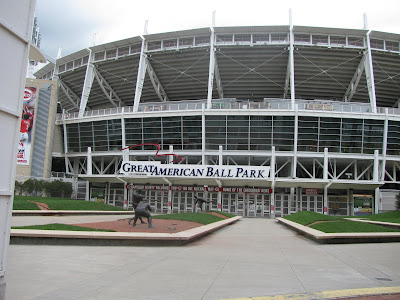 Since the Reds were in Pittsburgh while I was in town, I wasn't able to catch a game but I was able to check out the stadium and go on a tour of the facilities. I have to admit it is a pretty nice ballpark and I would love to catch a game there someday. Here are some things I learned/saw when I was on this tour: 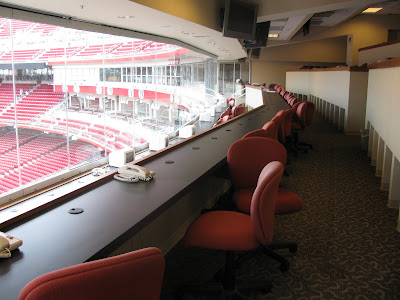 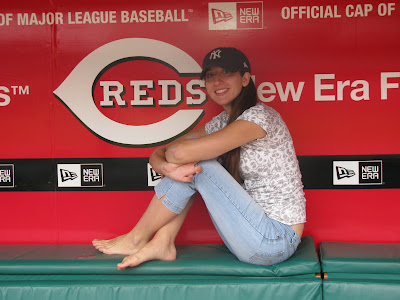 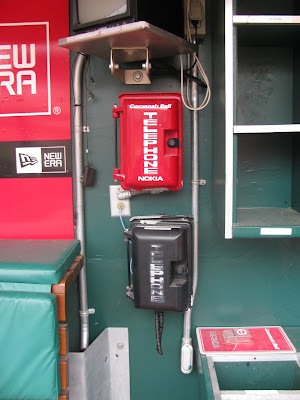 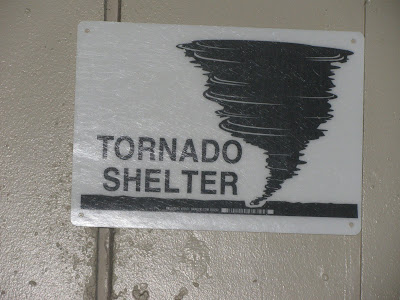 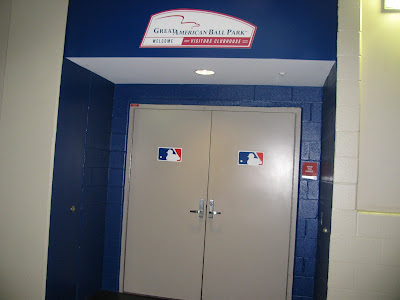 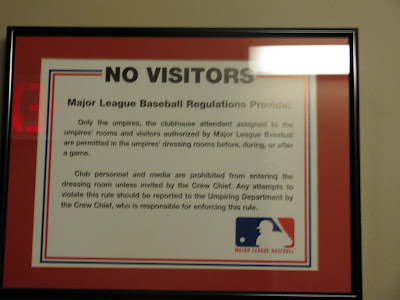 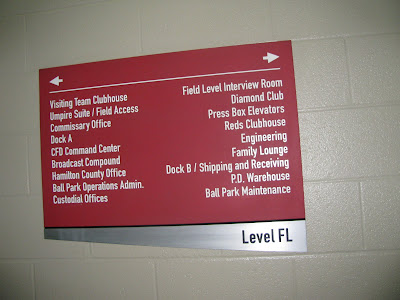 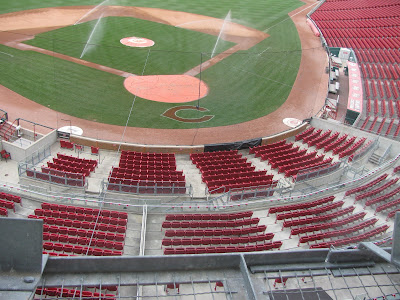 Overall, a fun time. My goal is to be able to see every single stadium at some point in my life. I wasn't able to tour Shea Stadium which I am now disappointed about but I heard that I wasn't missing much as Shea was considered to be a dump. I recommend you all to check out the Great American Ballpark if you ever have a chance. The tour was only 13 dollars and it is great to be able to see different parts of the stadium that you aren't able to do as a fan in the crowd. The only downside of this tour was that they didn't let you check out the clubhouse which was something they let you do at Yankee Stadium. For 350 million or so, the Reds did build themselves quite a nice ballpark. 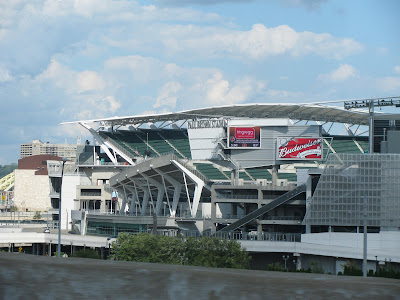 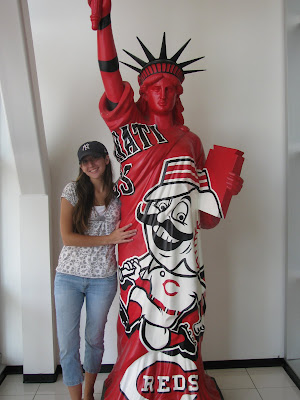 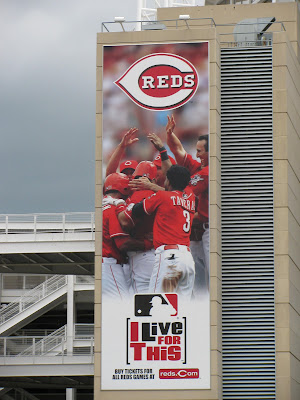 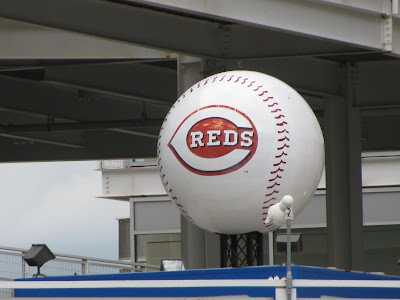 Great pics Christina. Maybe you should be a baseball photographer. Some friends did a midwest baseball parks tour and went to the Reds park to see a game. Looks like a nice ballpark.

Glad you had a good time on the tour.

I'd also like to check out all the MLB ballparks some time.

Chris, you had never been to Shea?It was the same seedy place that I remember going to in the Seventies! I went to see a game last year and it didn't age that well. I will say this much......Mets fans have said that it was a dump BUT it was our dump!

Bruno! You're alive! Good to hear from you. I wish I had gone to Shea, just to say I had been there, even though I heard it wasnt the nicest park out there.. So have you been to Citifield?

Besides the crazy dimensions, the only complaint I keep hearing is how they seem to have very little Mets history around the park and more things that show the Brooklyn Dodger years. I find that kinda bizarre also.

Thanks for coming to Cincy. Bet you had a good time. But then I will bet on anything.

My best to Rascal.

Christina, I lost a member of my family recently so I didn't get a chance to post anywhere for a bit. Yes.i'm still alive though it has been hard to pay attention to things lately.

I've been to Citi. It looks like a strange pastiche of Ebbets and the Polo Grounds. The Robinson rotunda is nice but belongs in Chavez Ravine,Ca not Queens. The seats are colored like the Polo Grounds were and the outfield fence is black and orange. It is cosier than the New Yankee Stadium. It has more of a ballpark feel. Shea was a dump but it reeked of the Mets, not of the Dodgers and to a lesser degree the Giants. That was the nice thing about Shea otherwise it was a dump!

Fred Wilpon is a big Dodger fan so he went overboard with the Dodger bit. J Robinson was great etc so on but a tribute should not be in Queens but rather in Dodgers Stadium since he was a Dodger. If it was Willie Mays rotunda...at least he played for the Mets....dig?

Bruno, so sorry to hear about your loss. I hope you are doing okay.

Interesting to hear you share the same sentiments. THe person I was talking to was shocked after visiting and that was really his only complaint about the new park. It doesnt make sense how they spend very little time on the Mets actual history. Theirs may not be as complex as the Yankees, but theres still some that is there.

I read the turnout for the celebration of the 69 Mets team wasnt even filled. Seems like not many Mets fans now really have much history of the teams going back 40 years. But I guess its the same with the Yankees. Even at Old TImers Day, the young guys seem to get the most recognition (minus the big name of Berra and a few others, of course)

Chris, thanx for your well wishes. It's been a struggle but I'm trying/striving to do better. It's been a tough year for me, but life happens like this sometimes......