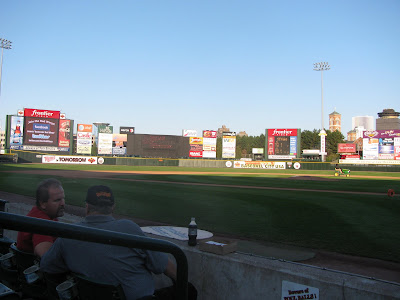 I guess this shouldn't be too surprising, but I decided to go (against the advice of just about everyone) and head west to see the SWB Yankees take on the Rochester Red Wings, at Frontier Field in Rochester, New York. This is a beautiful ballpark and is located in what seems to be a pretty safe area in the city of Rochester. I would rate it as being 10x nicer than Alliance Bank Park in Syracuse and probably even with PNC Park in Scranton, PA.
For those interested in visiting minor league ballparks, here's a review of my experience at Frontier field:Stats from the game:Photos from the game: 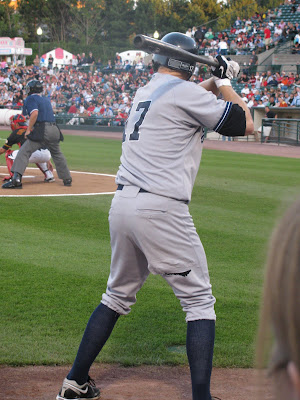 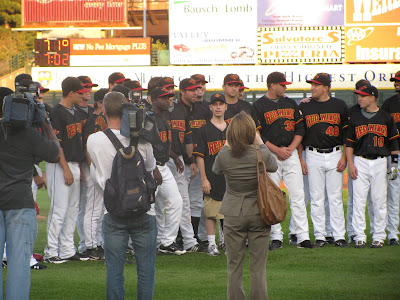 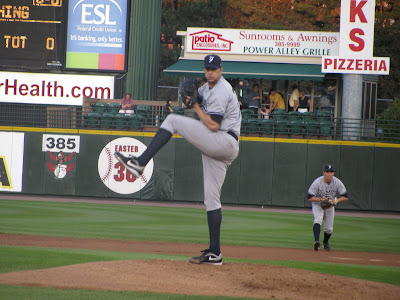 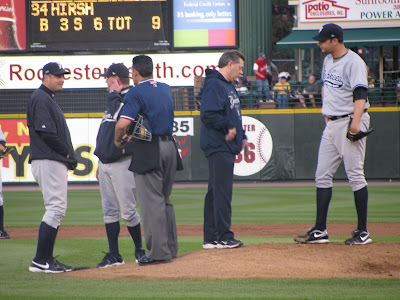 Great post! Glad you had a good time. You took some awesome pics!

Looks like a really nice ballpark. The Scranton Yankees look like they're ready to defend their title too. Dominant win in every aspect.

Glad to hear that Gardner is doing well too. Look forward to him rejoining the majors for the Yankees.

That's really cool that you've got to go to all these minor league games and see these different parks. Minor league games are a lot of fun. They're affordable and you see guys that genuinely love playing baseball.

You are a true fan going all the way to Rochester for the game.

The Marlins would die if 13,000 fans showed up to a game. Great crowd. Looks like a great park too.

Someone get Shelley a new pair of pants!

Hope Gardner gets some playing time when he comes back to the Yankees.

Minor league baseball is a lot of fan.

And great story about that Rochester police officer. Hope the kid who shot him is put away for life.