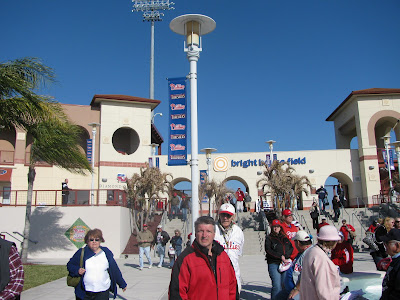 Ah, Clearwater, Florida. Home of the Philadelphia Phillies. Not only is this ballpark close to Tampa (about 25 minutes or so), but it is probably one of the nicest minor league stadiums I have visited. The berm in center field, tiki bar in right field, and the huge scoreboard makes for a tremendous environment to watch a baseball game. There isn't a bad seat in the house (with the exception of sitting on the first base side in the afternoon, as that is where the sun sets which makes for a chilly experience) and the cheap berm seats are even worth buying. The stadium, known as Bright House Field, was built in 2004 and can hold around 8,500 fans.

While the weather was still on the chilly side, the match-up for the game was one I was looking forward too. While it is ONLY spring training, having two starters named CC Sabathia and Roy Halladay was an exciting one; especially considering I am a huge fan of the great Roy Halladay. This was his first "start" ever as a Philly and I was able to stand about a foot from him as he was warming up in the bullpen. It was fun nonetheless, regardless of the fact he was only in the game for two innings. 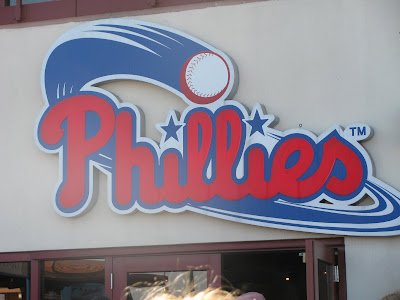 Below are some pictures from the game: 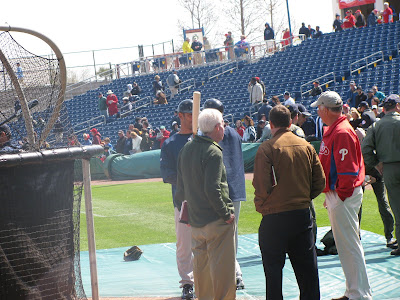 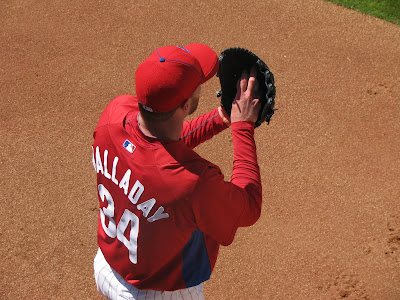 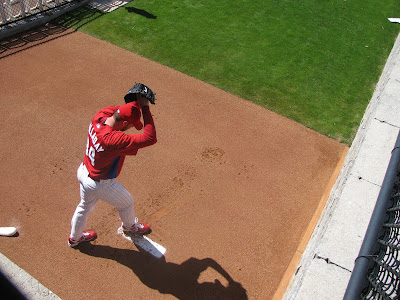 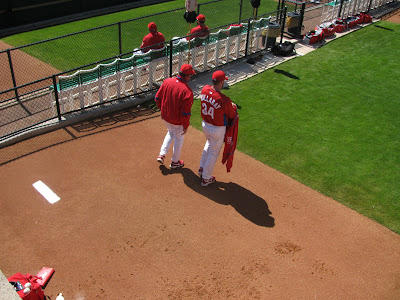 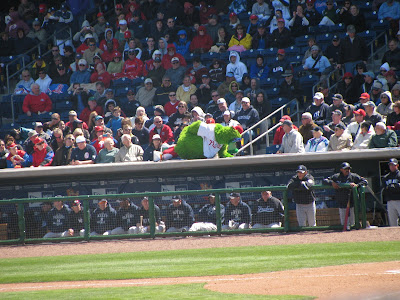 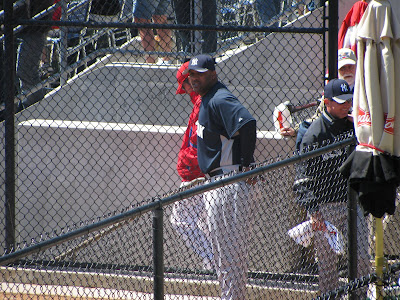 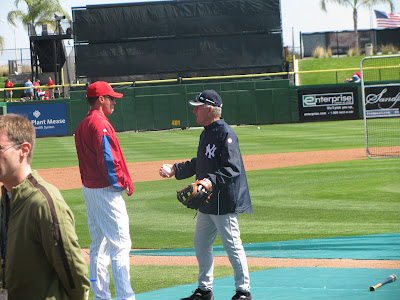 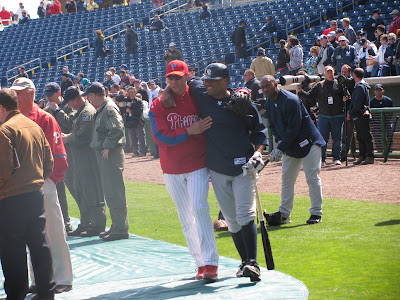 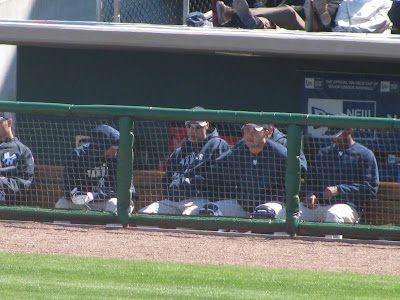 Jesus Montero at bat... Was interesting because Austin Romine was substituted directly after Montero. I assume one of them was placed as a DH. 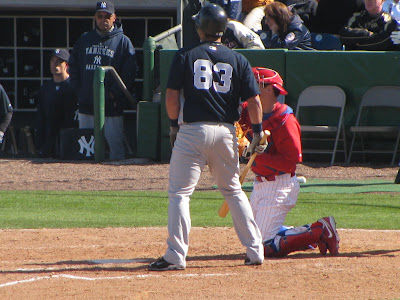 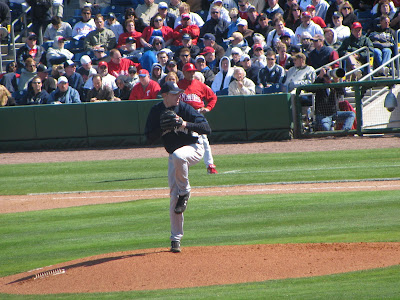 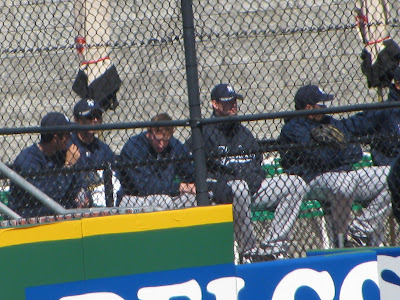 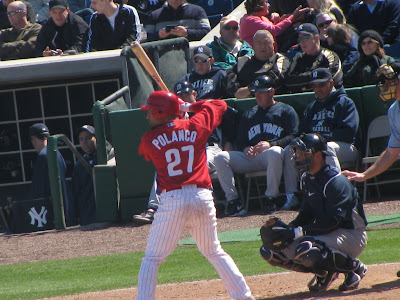 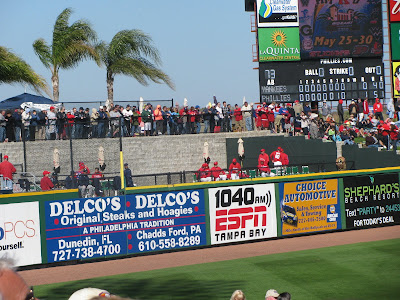 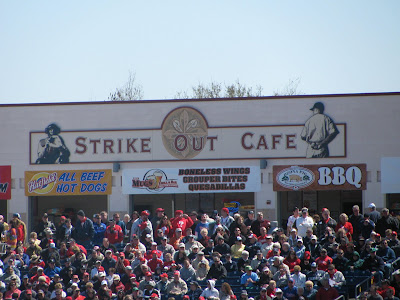 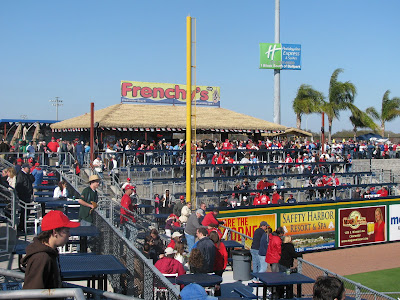 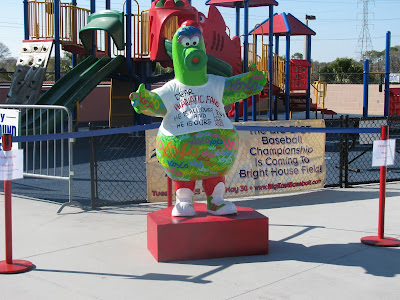 Great post. So glad that the baseball season is nearing.

I'd stayed away from seeing Doc in a Phillies uniform. Until now. Sigh.

Great pics, Chris. I hope the trip was everything you wanted it to be.

Christina,
Hi, how are you? I'm waiting for the next post. I'm still alive and I hope you're OK. anyway, God blass and I hope you are enjoying baseball. The Jays fans are currently on suicide watch so have some sympathy for us!