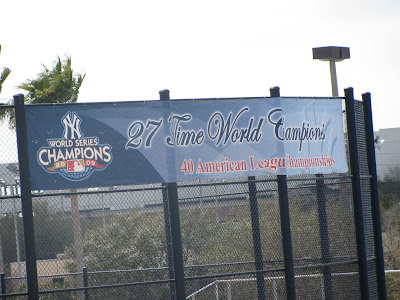 Well here I am, in the beautiful Tampa, Florida for a week of fun and baseball. I wish i could say I arrived to the warmth of Florida, but that wouldn't entirely be the truth. Among stepping outside of the airport on Wednesday, i was hit with the cold weather and high winds. The actual temperature at noon was in the 40's, but with the wind chill, it had to be in the mid to high 30's. So much for escaping the cold New York weather. Regardless, its time to make the best of the trip and be thankful that I am in Florida and am lucky to be around baseball 24/7.

As for Wednesday, it was exciting being it was the first spring training game of the season. The Yankees introduced each of their players along with the coaches and special instructors. Even Bernie Williams made an appearance, which always makes for a nice time to reminisce down memory lane.Since my flight landed at 11am, I had to rush from the airport to the stadium. There was no time for batting practice and certainly not enough time to try for autographs. From what I heard, Reggie Jackson, Mariano, and Tino signed for a while. I was able to get a Rivera autograph last year, and while he takes an hour to sign each ball, his handwriting is meticulous and one you can actually decipher (the polar opposite of my Giambi and Matsui ball).

Not much to really report from today. The weather was sooo cold that nearly everyone left the game easily, despite the fact it was a tied game. Me being the nut I am decided to stick around in the cold; a decision that seemed to work out well as the Yankees came back to win it in the bottom of the 9th inning.

Here are some photos from the game: 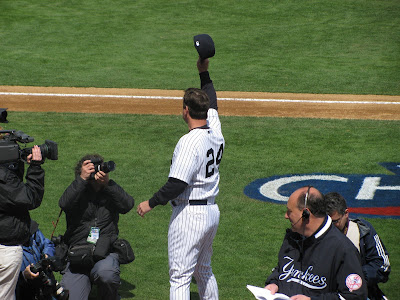 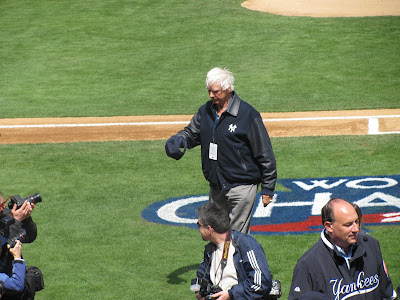 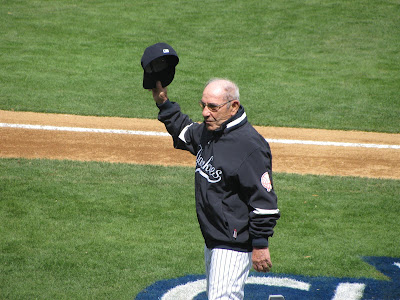 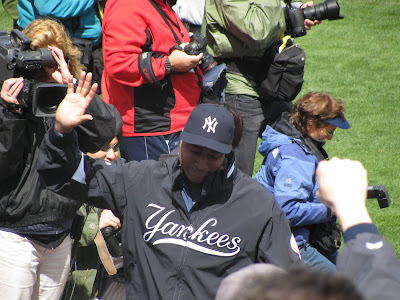 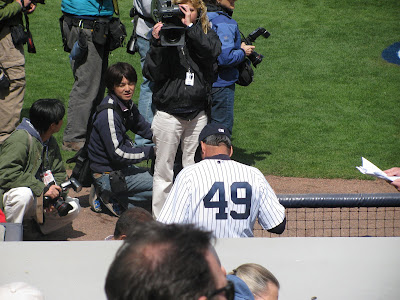 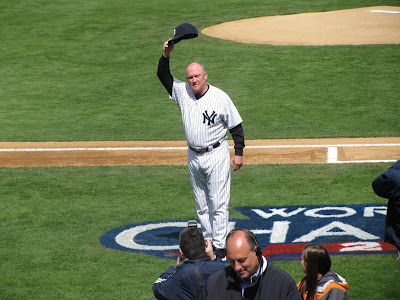 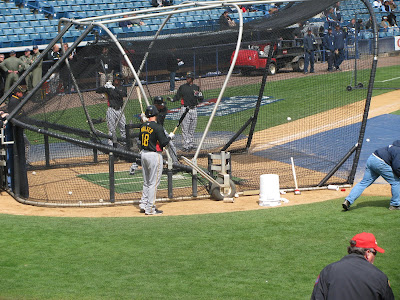 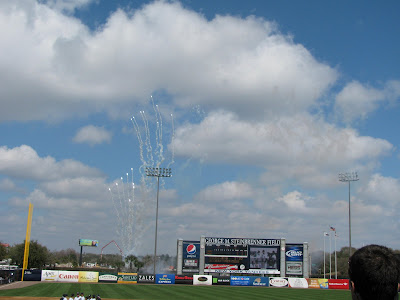 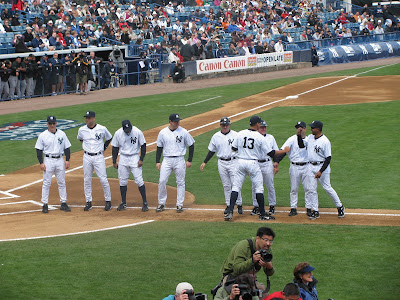 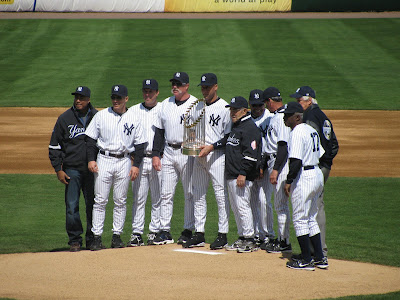 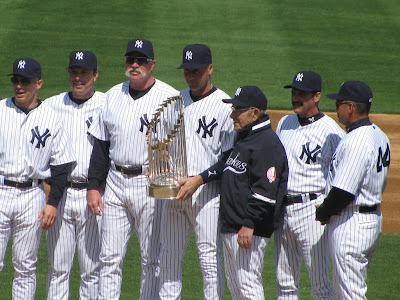 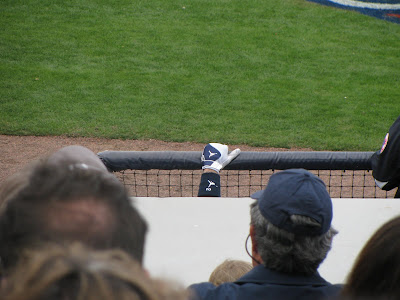 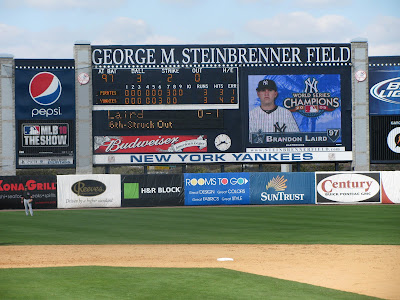 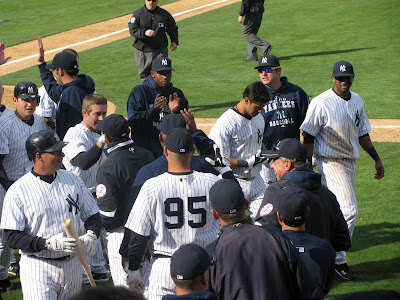 Old ST photos that I just found on my laptop: 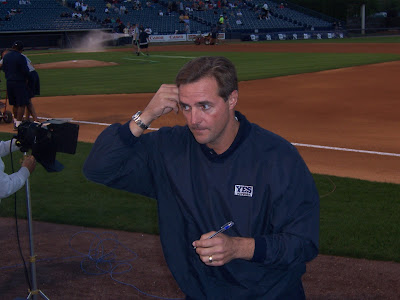 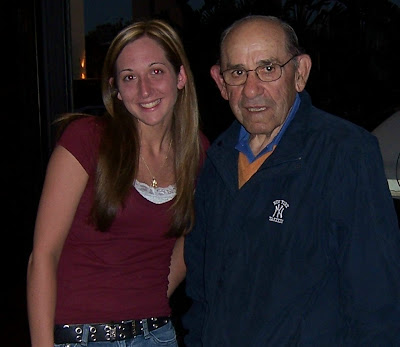 I'm glad that you are having a good time in Tampa.

It's great that baseball is back. Yankees had a walk off, Nick Johnson has already missed a few games, Joba debates heating up, and CC pitching well.

Hope you have a terrific time the rest of your trip in Tampa!

I really love the way you share this for us.
ดูบอลสด
ผลบอลเมื่อคืน
ผลบอลสด